Another year of glorious blood-soaked cinema has gone by and, once again, it’s been a rollercoaster of unnecessary sequels, blasphemous remakes, disappointments, utter garbage, and, thankfully, some true gems.

Note that these are films that had wide (theatrical/VOD/disc) releases between January 1 and December 31. 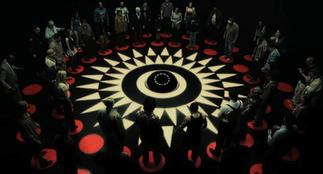 The set-up is as familiar as a can of Campbell’s chicken noodle soup: 50 strangers wake up in a room with no memory of how they got there. After the first of them is killed by a beam of energy from the center of the room, they quickly realize they are part of a mysterious selection process, and must quickly decide which one of them should be the next to die.

What sets Circle apart from the rest of the “strangers in a single room” sub-genre is the frantic pace that’s set right from the beginning. There’s no time (or need) to get to know any of these characters—we simply have to join them in the harrowing ride.

14. Digging Up The Marrow 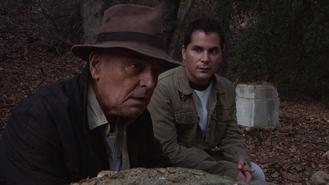 Writer/director/star Adam Green, creator of the Hatchet franchise, delivers a unique take on the increasingly polarizing found-footage trope, with this mockumentary-turned-horror-film.

Green stars as a filmmaker (a fictional version of himself, in fact) who sets out to produce a documentary about monsters. He is soon contacted by a retired police officer who claims to have proof of the existence of real monsters, and enlists Green’s help to expose them.

Chock-full of cameos from horror icons, and excellent creature effects, Digging up the Marrow is a loving ode to the things that go bump in the night. 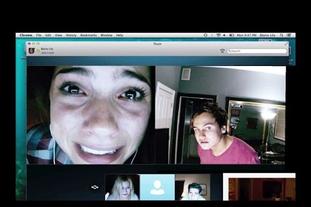 I’ll admit that early trailers for this film left me less-than-enthusiastic. It seemed like another throwaway attempt at horror meant for the Kardashian generation. After seeing some positive reviews, however, I decided to check it out, and was pleasantly surprised.

Like Digging up the Marrow, Unfriended does something entirely different with found-footage by having the entire film play out on the protagonist’s laptop screen. Viewers witness 80 real-time minutes of her and her friends’ Skype call gone wrong, as they begin to fall under attack from a diabolical force they believe to be the ghost of their recently deceased-by-suicide classmate.

Excellent pacing and effective performances elevate Unfriended from the cesspool of PG-13 wannabe horror flicks that has been brewing since the mid-90s, and make it an excellent addition to the genre. 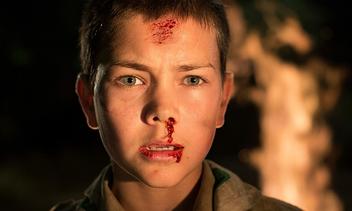 This excellent offering from Belgium focuses on a Boy Scout named Sam whose troupe is on their annual campout. Pranks, mischief and campfire stories about a local legend named Kai soon turn to a battle for life and death after Sam makes contact with a feral boy in the woods. 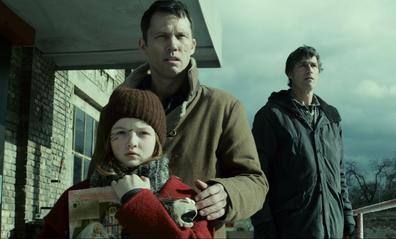 Years after a zombie virus has decimated civilization, Jack and his daughter Lu lead a simple life on the outskirts of a snowy town. Next door, Jack’s brother Patrick is slowly drinking himself to death, with no company other than his dog and his short-wave radio. They all soon realize, however, that the monsters that have driven them to this frozen berg haven’t yet died out—in fact, they’ve managed to adapt to the cold.

While the film’s horror elements—monster vs. man (and girl)—are very well done, its true greatness lies in the strained relationship between Jack and Patrick, and the mysterious feud that has driven them apart amidst the apocalypse. 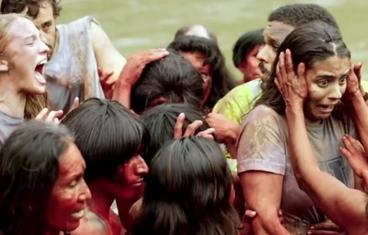 College student Justine, desperate to somehow make the world a better place, falls in with a group of activists on their way to stop a logging operation in the Amazon. On the way home, however, their plane crashes in the jungle, and the small group of survivors is kidnapped by a native tribe.

Despite some problematic plot points, The Green Inferno is, overall, a rewarding and terrifying experience. The entire sequence from when the group is captured to when the first of them is tossed into an oven is one of the most harrowing things to ever appear on screen. 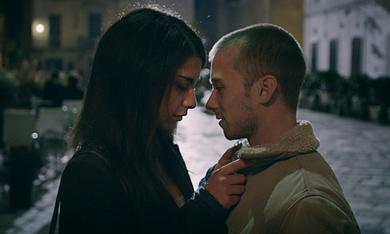 A young man’s trip to Italy takes an interesting turn when he begins a fiery romance with a mysterious and alluring femme fatale.

Spring is one of those films that’s best entered with no knowledge of the plot. Like the protagonist, Evan, the viewer’s experience should unfold and develop as the story progresses, revealing the horror bit by bit. 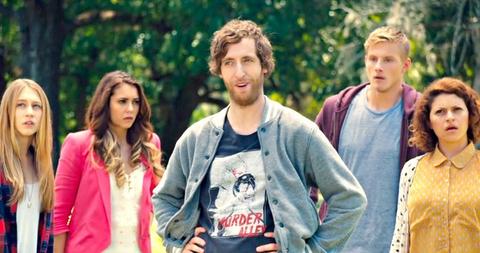 Every so often, a film comes along that holds a mirror up to the horror genre, and forces it to examine, evaluate, and critique its many tropes, clichés and mainstays.

Zombieland, Tucker and Dale vs. Evil, Behind the Mask: The Rise of Leslie Vernon, Wes Craven’s New Nightmare, and, the granddaddy of them all, Scream, have all offered unique (and sometimes hilarious) views at their various sub-genres (zombie, backwoods, and serial killer).

In The Final Girls, teenager Max is still grieving the untimely death of her mother, a struggling actress who is only remembered for her role in the 80s slasher flick Camp Bloodbath. During a special screening of the film, a fire breaks out and Max and her friends end up tearing a hole in the screen and inadvertently entering the world of the movie.

As they begin to learn what’s going on, Max realizes she will be able to see her mother again (or, at least a version of her), and perhaps even stop the bloodbath that’s about to ensue.

With a fantastic cast headed by Taissa Farmiga and Malin Akerman, The Final Girls is a glorious, blood- and laugh-soaked love letter to horror, and its most beloved archetypes.

7. What We Do In The Shadows 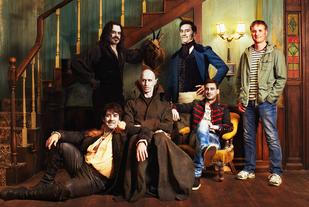 With an excellent cast and brilliant script, this delightful mockumentary follows a coven of vampires living in modern day New Zealand, doing their best to blend in with the normal world, while still following their ancient traditions.

Though often very funny, WWDIS makes no effort to candy-coat the horrific nature of its subject matter, providing some particularly bloody scenes and genuine scares. 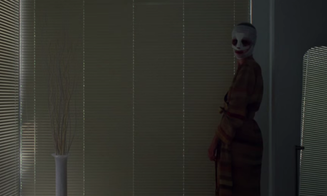 When the trailer for this Austrian masterpiece appeared out of nowhere this past summer, it got everybody’s attention. Unsettling shots of a woman with her face hidden by bandages, and her two sons living in an isolated house promised a truly unique and disturbing experience.

With Goodnight Mommy, writers/directors Veronika Franz and Severin Fiala deliver a brilliantly-constructed piece of cinema that provides a constant sense of deep, almost primal unease for its entire run time. As the plot progresses and the mystery is chipped away, all elements of the film—especially the incredible performances from the two boys—come perfectly together for a gloriously horrifying climax. 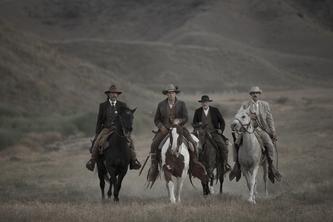 The traditional Western narrative takes a unique turn when a small-town Sherriff, played by Kurt Russell, leads a small group into the wilderness to rescue some townspeople that have been kidnapped by cannibalistic cave-dwellers. 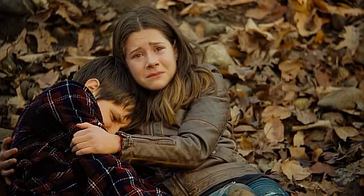 Another film that should be watched without much knowledge of the plot, The Harvest is a fantastic, slow-burning, quiet horror that constantly nibbles at the viewer’s nerves from beginning to end.

The story focuses on a teenage girl who befriends a sick, wheel-chair bound boy that lives next door, and soon comes to learn that something sinister is occurring in his home. It’s an absolute joy to watch this story unfold, and be brought to life by an excellent cast. 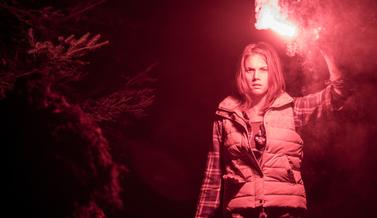 A simple and straight-forward plot that doesn’t rely on twists, or jump scares, Backcountry is back-to-basics story-telling—a perfectly-executed man woman vs. nature tale that reminds us just how scary the woods can be.

Young couple Alex and Jen set out on a camping adventure in the untamed wilderness of an unnamed park. After a venturing off the trail, they soon become lost and quickly realize they’ve stumbled into the territory of a black bear with a taste for human flesh. It’s based on true events that happened near Chapleau, Ontario in 2005.

What I like most about Backcountry is that it reminds us of just how terrifying and dangerous animals can be. Modern society reveres wild animals and sees them as things that need to be cherished and rescued. Countless movies and television shows also present wild animals as cute and cuddly characters with personalities—often anthropomorphizing them, giving them human eyes and voices, and inserting them into human-like societies. Backcountry smacks us in the face with the reality that many wild animals—bears especially—are death-machines. They can be as ruthless and vicious as the most horrific serial killer, real or fictional.

Backcountry is a stark reminder that horror doesn’t always need supernatural forces, hockey masks, brain-eating corpses, or even psychopaths. Sometimes, all it needs is an animal that lives within a couple dozen miles (or less) of your back door. 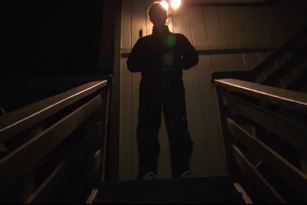 Nope, it’s not a re-release/re-make of the 2004 gem of the same name. This Creep is a piece of brilliance all to itself.

After answering a Craigslist ad, videographer Aaron (played by director/co-writer Patrick Brice), travels to a remote mountain home to film a day in the life of a man named Josef (Mark Duplass, also co-writer). As the day progresses, Josef’s behavior becomes more and more bizarre and erratic, and Aaron realizes that this seemingly easy gig may have been a mistake.

Creep is an expertly-crafted experience, thick with tension and bubbling with unease and the two stars, especially Duplass, navigate the script and plot with masterfully subtle and nuanced performances. 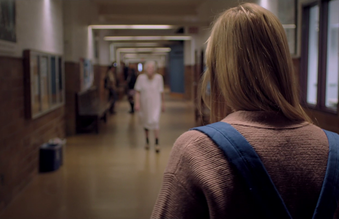 Writer/director David Robert Mitchell’s It Follows is one of the most unique and fascinating horror films to appear in years.

The plot is fairly simple: after having sex with her new boyfriend for the first time, a young woman, Jay, is stalked by a mysterious, unnamed entity that can take human form.

Like the characters, the viewer is desperate to learn the entity’s (the “it’s”’) weakness and abilities in order to apply some sort of logic to the situation. Horror viewers needs rules—laws that everyone in a movie, even the villain, must abide by. The most unsettling thing about It Follows, though, is that it’s impossible to tell what the rules are. The “it” is unpredictable, and, what’s worse, its motives are completely unknown (if it even has any to begin with).

Mitchell adds to this desperate confusion with bizarre and sometimes conflicting imagery throughout the film. From the 1950s monster movies playing on a black-and-white television, to the sea-shell shaped e-reader, everything object and moment that appears onscreen in It Follows leaves the viewer scratching his or her head and wondering what strange and wonderful world they’ve stumbled into.

This is the kind of film that will be discussed and analyzed for decades to come, and by far greater minds than mine. It is a deep, rich, Sistine Chapel of a film that cannot be fully absorbed in one viewing. It will tug at you for days after you’ve watched it… begging you to return.

Up From the Dark
“The Fourth Corona Book of Horror Stories”, Corona Books, October 2022

(Non-fiction) Flight and Fright: Richard Marathon’s “Nightmare at 20,000 Feet and Its Many Adaptations
“Bloody Disgusting”; April 2019